My religious background is Catholicism. However, I’m not really hard core. I mean I go to church during Easter and Christmas only. It’s kind of sad that I only pray when I need/want something, but of course I pray for others in the process.
The reason I went to Fatima and Lourdes this year was “give thanks” to the Virgin Mary. A long time ago, my mom prayed to the Virgin Mary for her green card. When she finally got it, she visited Lourdes for the first time. This time, she prayed again to the Virgin Mary for me to pass the CPA exam. As such, when I finally passed the exam we went! Literally! I found out my score on May 5th and got on a plane on May 24th to Lisbon.

The reason we took a tour was because I really had NO idea how to get from Fatima to Lourdes. I researched it but I either had to rent a car, train, plane or bus.

Rent a car: I’m the only person in my family that drives. Although in Europe (Portugal and Spain), people drive on the same side of the road as in the North America, I didn’t feel comfortable driving 10+ hours from Fatima to Lourdes. Plus, hearing stories about foreigners driving in Europe made me cringe a little. My mom’s boss came back from Madrid and told her how his rent a car tires got slashed. >_< I don’t know about you…but every time I drive, I’m always really bad at finding parking. I didn’t want the hassle of trying to find parking in big cities when I know they have really good transportation  systems.

Bus/Train/Plane: There are NO direct Train/Plane ride from Fatima to Lourdes; or vice versa. I found out that the best thing to do is fly into Lisbon, either take a one hour bus/train ride to Fatima, then go back to Lisbon. Fly to Toulouse then take another two hour + ride train to Lourdes then take a train from Lourdes either back to Toulouse/Barcelona or Paris for your flight back home.

Due to the above, my parents and I decided to take a tour instead of going on our own.

My parents and I have been to Europe before; one time with a tour and a couple of times by ourselves.  We’ve actually taken a 21 day tour with Globus that went all over Western Europe. However, in that tour we didn’t go to Spain or Portugal. This is the tour I took for this vacation: Tour 5310. This tour was with Cosmos. We found that this tour was the cheapest when researching online.

Like I said in the beginning of this blog…I’m not what you call a practicing Catholic. I don’t really go to Church every Sunday, I don’t pray as much as I should have but I do believe in God. Even with the CPA, I was praying for a miracle to happen. Believe in any superstition there is.

I probably can say that this Cosmos tour is more laid back with any other faith based travel tour out there. Although I expected to go to a church everyday, I didn’t expect to attend mass everyday with the exception of the big cities (Lisbon/Barcelona). I mean it’s Europe…it’s all churches everywhere you go. However, with this tour, you still get the big cities and a little breather now and then. So even if you’re not a Catholic, you’ll be able to enjoy your “vacation.” Heck, there were at least 2 people who I knew weren’t Catholic on that tour.

I will go over the itinerary more in detail in my next few blogs. 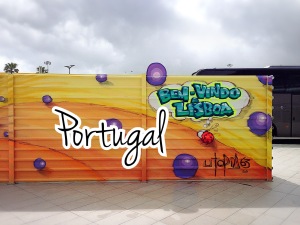 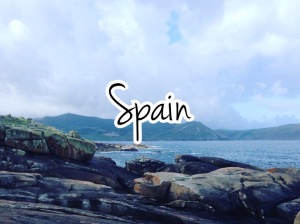 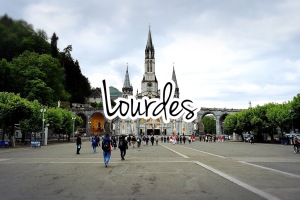